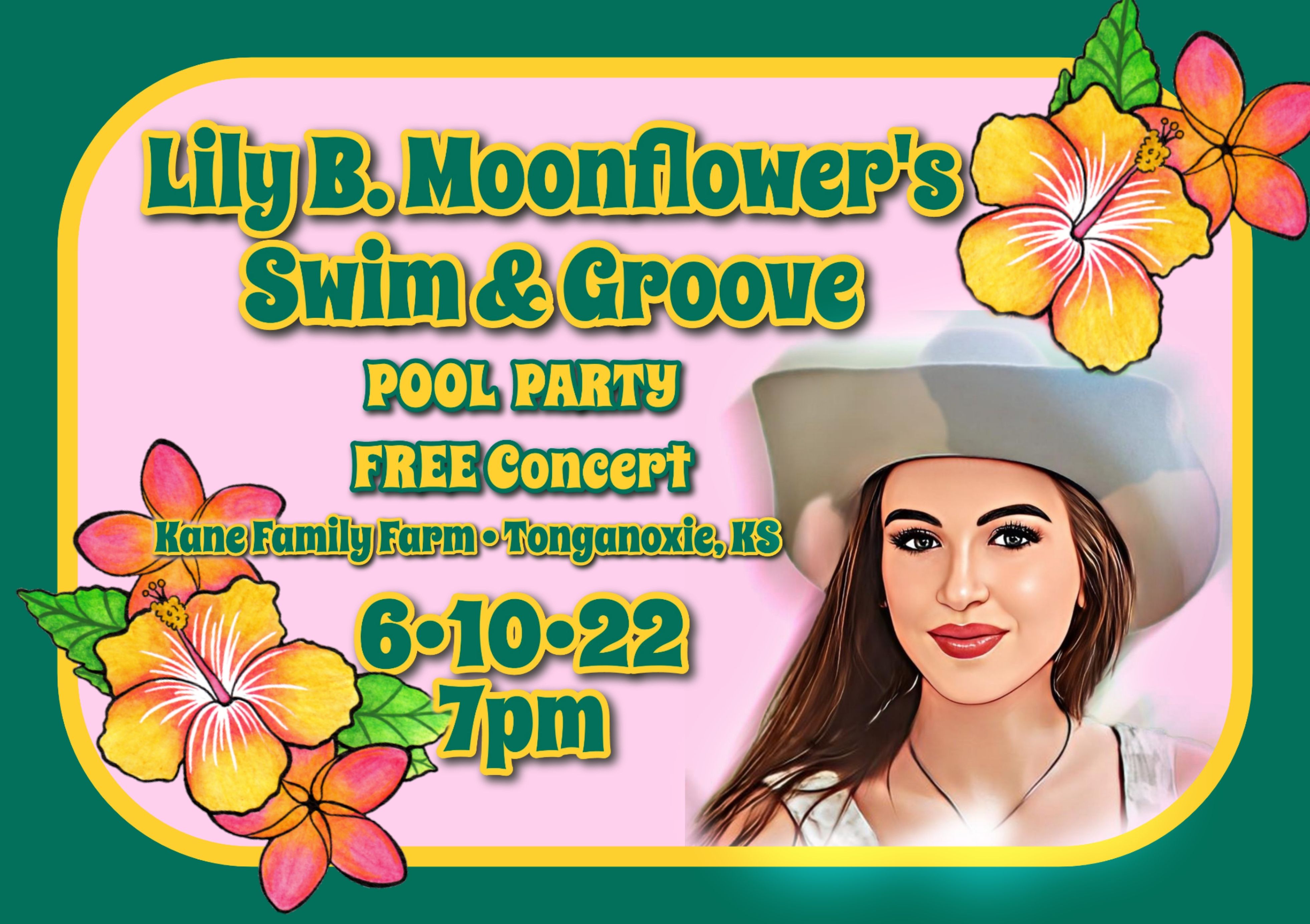 Get ready for some Folk N Roll with a TWANG!
Lily B Moonflower is a songwriter with a velvet voice and a performer that finds joy in sharing her lifelong craft, carrying on traditions of roots music, and connecting with the souls of the world thru song.
​
She refers to her style of music as, Folk 'n Roll With A Twang. Lily's handscripted lyrics are uniquely crafted and are delivered with grace and grit. She is able to connect with her audience on a profound level and leaves a lasting impression on the folks she meets. Her original songs are like colorful sonic tapestries that uplift any spirit. Her style of writing reflects her genuine soulshine and her unique perspective.
​
Combining honest lyrics with soaring vocals, and intricate instrumental interplay, the Lily B Moonflower Band puts a unique spin on a classic sound & captivates audiences with their unforgettable performances! Their debut album "Moonflower" was released in 2021 and in the words of musical legend & guitar aficionado, Larry Keel, he raves about it, saying it's "Sometimes bright & feel-good, sometimes moody & haunting. Overall this is fresh honky tonk, fun-country that stays with me LONG AFTER LISTENING to the songs...A rich smoky honey voice that is instantly captivating," Stream "Moonflower" today from Spotify or iTunes, via this link ffm.to/w41kapx.ois AND catch the Lily B Moonflower Band on tour in 2022!

Lily B Moonflower LIVE on TV! 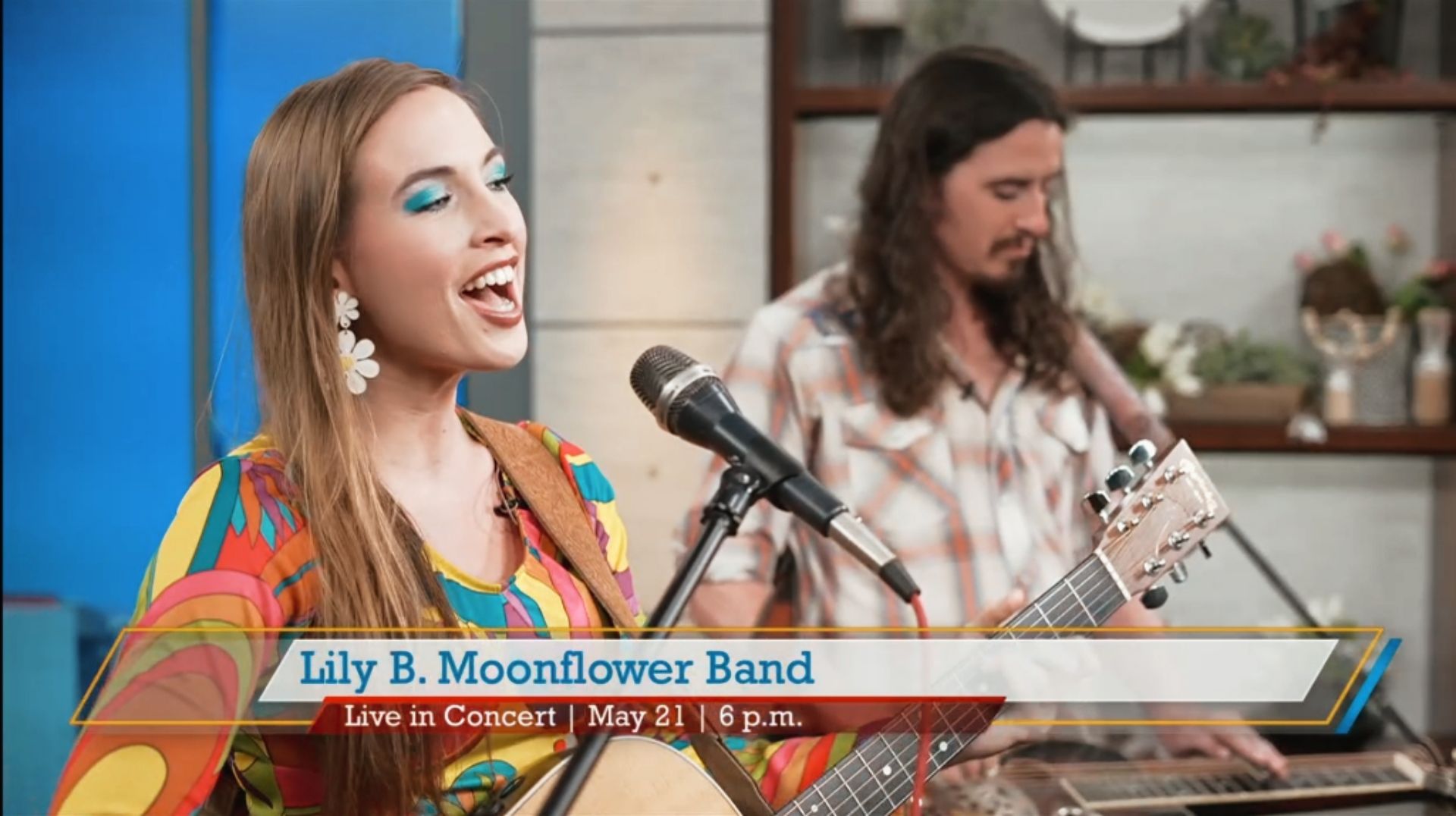 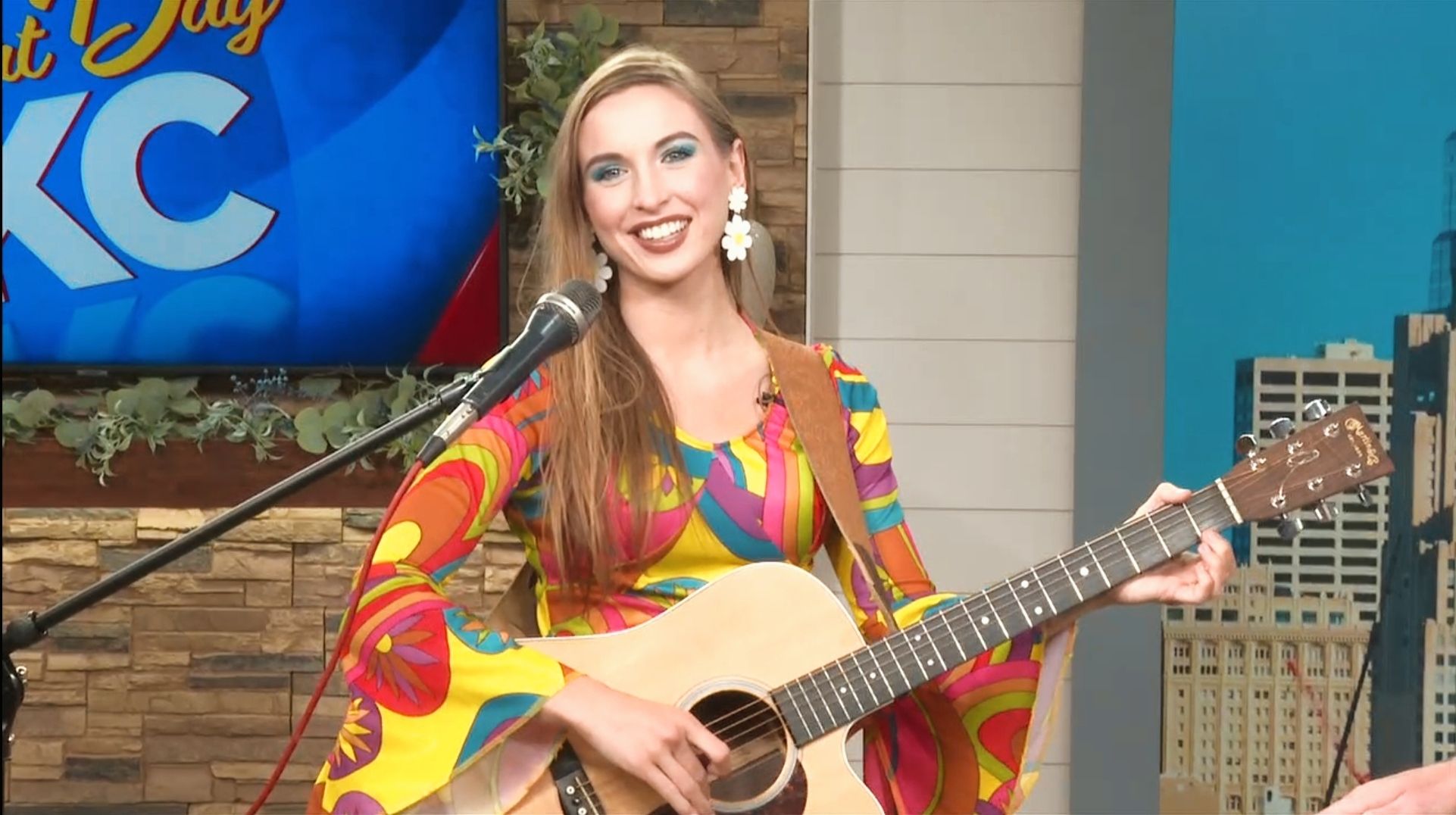 SOLD OUT SHOW @ Knuckleheads Saloon, opening for Lukas Nelson and Promise Of The Real

On Tuesday May 7th Lily B Moonflower band opened for the amazing Lukas Nelson and Promise Of The Real at Knuckleheads Saloon in Kansas City!

It was a sold out show, packed in to the max! There was a great sense of community with friends gathering and singing along to Lily and Lukas's hit songs! Lukas Nelson and Promise Of The Real are celebrating the release of their new album in the most active way! They have one of the coolest rider requests ever, they are coordinating street teams to organize pop up famers markets out front before the shows, so fans can buy local, supporting farmers in the area! The record, Turn Off The News (Build A Garden) is a concerted effort between Promise Of The Real and Fantasy Recordings, to not only bring organic music to the world, but also to remind people to get informed about what's happening all around them in all moments! These guys are the most genuine and have touched so many souls on their journey.

Lily says, "Its an honor to be associated with such genuine humans and such talented musicians. It inspires me to keep coming to the table and bringing what I've got, and to ALWAYS be true to myself. When you're true to your purpose, it inspires everyone around you to do the same. Being able to connect with people in this way is the magic of music,"

A very special night of music on 420 Saturday April 20th featuring Miss Lily B. Moonflower and friends. Come hear one of the fresh new emerging artists on the KC music scene. One ticket price get admission to all four shows that evening. Lily B Moonflower, Davy Knowles, Jeremiah Johnson Band and Found A Job-a Tribute to the Talking Heads.

On 10/27/2018 Lily B Moonflower was honored to play at the new pumpkin patch Meuschke Farms in Lawrence Kansas.

She had a wonderful day on the farm, here is what she had to say about it, "I had an amazing experience today at the new pumpkin patch in Lawrence called Meuschke Farms, owned by Shane Meuschke. It's an amazing family run business with unbelievably good energy! They also breed beautiful dogs out there and I got to bring my dawg Brewski! He had the time of his life! It's a gorgeous developing property, that hosts music, artists, families, and soon to be weddings in their upcoming venue! I brought out my artist friend Elaina Mcendree of Ardency Artistry to do LIVE ART while I sang my original music! There was amazing apple cider, juicy pumpkins, and a beautiful sunset to top it all off. I will never forget that October day!!!"

NEXT FALL, Meuschke Farms has big plans! Follow them on social media to stay up to date!!!

Lily B Moonflower has added 10 NEW performance dates in November & December! Find them under "Upcoming Shows" tab on lilybmoonflower.com and mark your calendars for a show near you! Many venues she is scheduled to play music at are new and fresh, some are old & charming! Get out and discover the new and old Kansas City!

MAJOR SUCCESS at the 2018 Cause for Paws Concert

She says, "The Cause For Paws Concert 2018 was INCREDIBLE I wanna thank everyone who came out to support LOCAL KC MUSIC & KC PET PROJECT!

It was a major success! We had music from 1-10pm, a lineup that I personally curated! There was at least 500 dawgs runnin around!

Everything about the day was perfect, AND we couldnt have asked for nicer October weather,"

There will be a second annual Cause For Paws Concert in fall of 2019.

Opportunity to donate to KC Pet Project when you close you drink / food tab.

Nothing makes Lily more happy & fulfilled than seeing a rescue dog in the arms of a loving family.
That’s what KC Pet Project is all about!
So Saturday October 13th, we will be hosting a family friendly concert showcasing talented, local musicians to benefit KC Pet Project's mission- promote and facilitate the adoption of shelter pets.

Come be forever captured in a moment of time while Lily B Moonflower live records Kansas City Star by Roger Miller directly onto vinyl!
Never Records is part of Open Spaces KC and Never Records is a community art project by New York artist/musician Ted Riederer. Exploring the potential of a record store and record label to unite, educate, and uplift a community through recorded sound, Never Records began in an abandoned Tower Records near Union Square in New York City. In January 2010, Riederer, in collaboration with curators No Longer Empty, created what the Wall Street Journal described as a “mock shop” that served as a “love letter to the dying concept of the record store.”

Lily says, "I'm so excited, I get to play at Desoto Days and Harvest Fest this year in my hometown!!! I'm gonna be playing everyones favorite country songs and introducing some of my original music to get everyone in my hometown excited about my upcoming album!! I love how excited people from small towns get when someone from their town decides to chase their dreams, it warms my heart, all the encouragement and support. I will ALWAYS come back to Desoto Kansas!"

Her debut album will be released to the world, late 2018!

Kansas City musicians Lily B & Miki P will be hosting a night of music at the new, Ryans Public House in Tonganoxie on Friday 9/28

Come share a night of original music with these 2 ladies on 9/28!

Labor day weekend Lily B Moonflower will be playing at the Desoto Days Festival 2018!